Distracted driving isn’t a new problem in the United States. You’re supposed to keep your eyes on the road while you’re driving; you shouldn’t eat or drink, fidget with the radio, apply makeup or use your phone. While many states have enacted laws that prohibit the use of cell phones while driving, not all drivers adhere to the rules.

According to research from AT&T, it’s not just texting and calling that take a driver’s eyes off the road, it’s also social media. Nearly 40 percent of smartphone users are tapping into social media, such as Facebook and Twitter, while they are driving, and some drivers are surfing the net. And 10 percent of motorists are video chatting.

The Distracted Driving Problem by the Numbers

According to the National Highway Traffic Safety Administration, in 2016, 3,450 people were killed, and in 2015, 391,000 were injured in automobile accidents involving distracted driving. It’s estimated that over 480,000 drivers use cell phones while driving. Daily, about 10 people die from distracted driving, and over 1,000 are injured.

The New York Law Journal reports that some experts believe the figures don’t accurately represent the problem. The data relies on self-reports and police reports. Many times, people don’t admit that they were distracted because they were using an electronic device.

Why Is Social Media So Distracting?

Using your phone involves all three types of distracted driving. Your eyes aren’t watching the road, your hands are on your device and your mind is on what you’re trying to post. Posting a picture is especially hazardous because you are distracted while you’re taking the picture, and you’re distracted again while posting.

Texting might be the worst distraction while you’re driving, but other apps like TikTok contribute to the problem. Search social media for #whiledriving and the number of posts that appear might astound you. Erie Insurance used data from social media to analyze which states had the most posts #whiledriving. California topped the list, with Florida, Texas and South Carolina coming in next. Most of the pictures also included #clouds, #sunset, #sky or #nature. It’s become very popular to post pictures while you’re driving.

Researchers from Purdue University suggest that the game Pokemon Go might be responsible for over 100,000 accidents. The likelihood of an accident occurring within 100 meters of a Pokestop was over 25 percent higher than locations without a Pokestop.

The AT&T research found that drivers are shooting videos, snapping selfies and using Snapchat and Instagram while driving. Over one-third of the respondents admitted to keeping their phone within reach while they were driving. Of the 12 percent who admitted shooting videos behind the wheel, 27 percent of them believe they can safely drive and shoot pictures while driving.

If you’re driving 60 mph, in one second, you travel 88 feet. In just four seconds, you travel the length of a football field. But many accidents occur at much slower speeds.

The Risks of Going Viral

A video that goes viral can make a person a YouTube sensation. Another dangerous trend is to video risky behavior in the car. In Back to the Future, Michael J. Fox made car surfing more popular when he rode a skateboard while holding onto a truck while it was in motion. Many wannabe “stars” try to emulate that behavior and get it on video. It’s estimated that over half of all car surfing incidents end badly, all at the hope of going viral.

Car videos aren’t limited to car surfing; no driver should be taking video while driving. Stunts and other types of dangerous videos should not be attempted unless you’re a professional.

In much of the research cited above, the reasons drivers used social media while driving was generally due to either an addiction or habit. While many drivers realize that they shouldn’t text and drive, that doesn’t mean they took that advice. AAA found that almost 45 percent of drivers read a text message while driving, and another 35 percent sent a text while driving, even though 98 percent of the drivers recognized texting while driving as a serious threat.

Texting while driving is illegal in Florida, but talking on a cell phone is not. Limit your conversation when driving so that you can keep your eyes on the road. These types of distractions originate in the peripheral vision. It’s not that you won’t see someone coming down the road in front of you. it’s the person who enters the crosswalk or the child who is playing on the side of the road and darts out.

Many tech innovators are working on solutions to the problem of using social media while driving, but the best solution is simply to hang up. Keep your phone off when you’re in the car. Remember that the consequence of distracted driving could be deadly.

If you have been injured in a Palm Beach County car accident, I encourage you to contact me, Brian D. Guralnick, personally to discuss your legal rights. To learn how the injury team at Brian D. Guralnick Injury Lawyers can help you Demand More® for your injuries, call 561-202-6673 now. 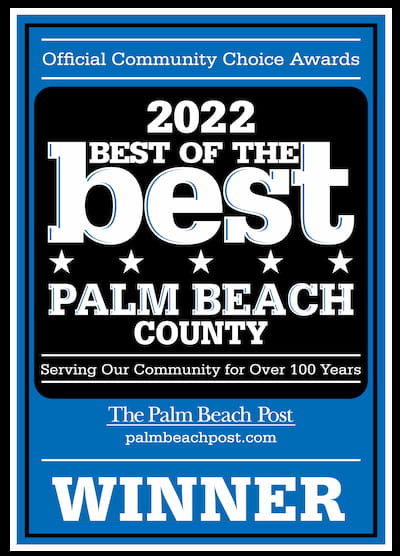